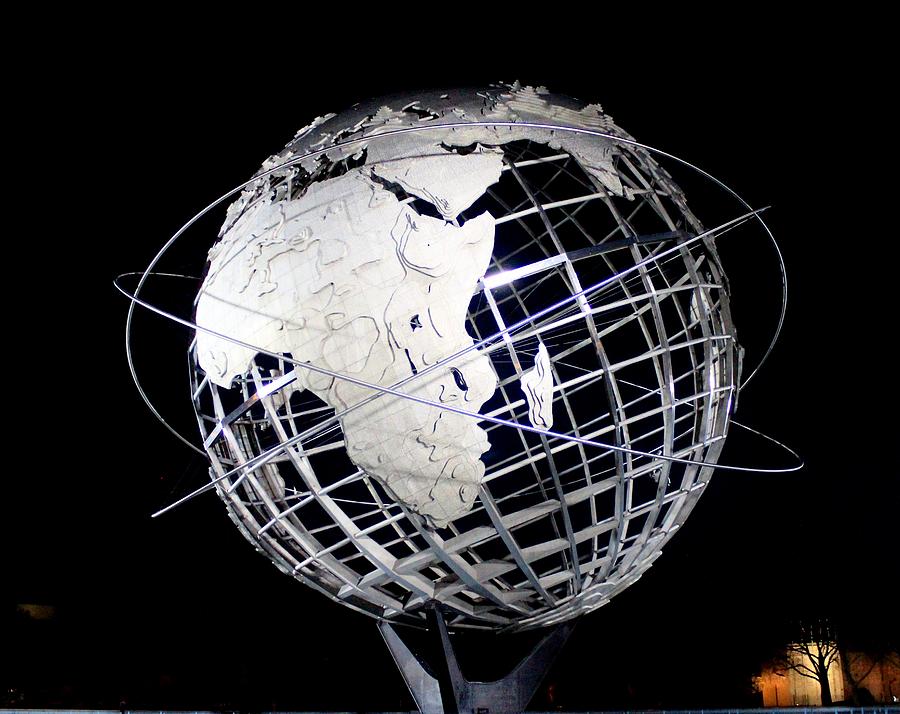 Africa On The Unisphere

Africa On The Unisphere

The Unisphere was designed by Gilmore D. Clarke (1892-1982) for the 1964-1965 World's Fair. The Unisphere is an iconic feature of Queens, NY. I have featured the continent of Africa in this image. The three rings around the sphere represent the orbits of the first American astronaut, John Glenn, the first Russian cosmonaut and the first communications satellite (Sputnik) to orbit the Earth.

Featured:Images That Excite You
Featured:Nature Landmarks Landscapes Wildlife- ONE A DAY
Featured:Lady Photographers and Artists

Karen, Great detailed image of the Unisphere I see this every once in a while when I go by the old World Fair Grounds and I remember seeing it when I went to the '64-'65 Worlds Fair, great presentation and details

Karen, Great image have seen this many times at the old World's Fair grounds in Queens, NY and this is a fantastic image with a great story line LF

Great nighttime capture! I was there last week.

Wonderful capture and brought back memories of looking outside my grandmothers apt window in Queens onto the Fairgrounds....