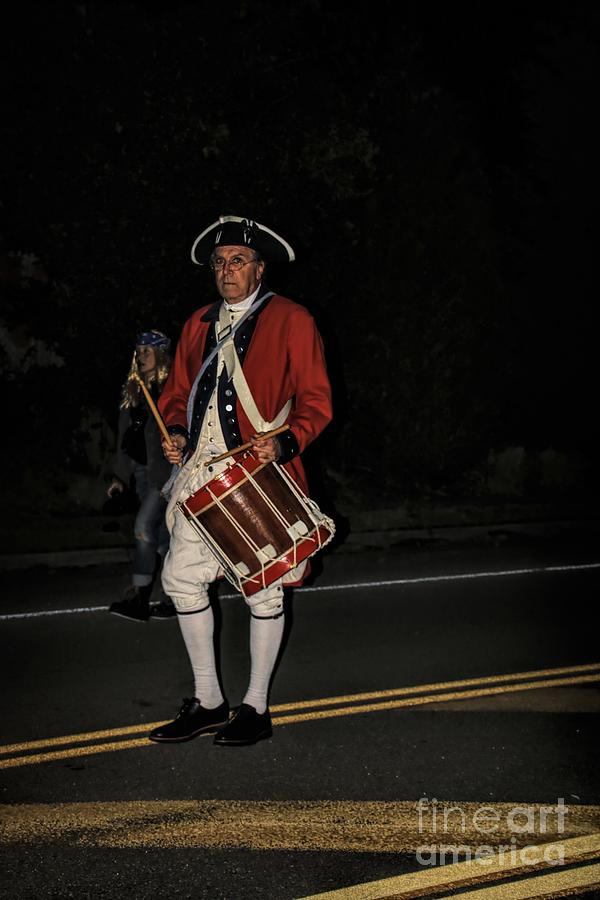 Halloween on Long Island is an amazing time of year. There are so many festivals, parades and haunted houses. In Oyster Bay they have a Revolutionary War themed parade each year. They have ghosts of famous towns folks. The parade I attended had living ghosts, hippies and a Revolutionary Drummer Boy. The drummer boy would wear red to stand out from combat troops. The enemy would see the different color uniform and know the drummer was unarmed and non combative. Men over the age of 50 years old were considered to old for combat and would be enlisted as drummer boys.

The dark background sets him off nicely. Quite a costume, too.

Awesome capture and back story Karen. What an expression he has as he looks at you!