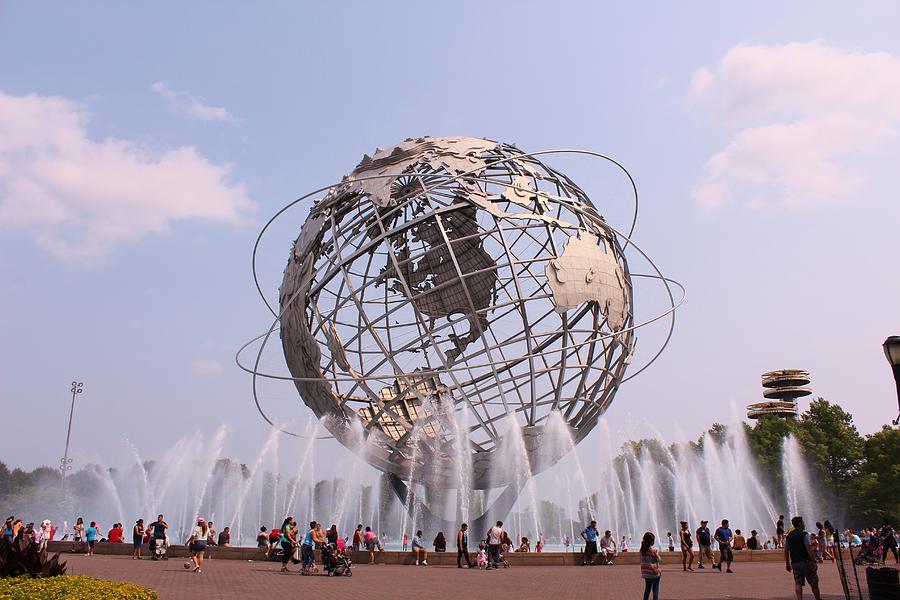 The World and Her People

The World and Her People

The Unisphere was designed by Gilmore D. Clarke (1892-1982) for the 1964 World's Fair in Queens, New York. It was built by U.S. Steel to celebrate the Space Age, which was one of the themes of the fair. The three rings around the sphere represent the orbits of the first American astronaut, John Glenn, the first Russian cosmonaut and the first communications satellite (Sputnik) to orbit the Earth.

Very cool photo! Never knew the meaning of the rings. Appreciate the facts in your description. L,F

great memories of the worlds' fair!

Great capture - that is a very large sculpture! l/f